Anthony has performed on stage with some of the biggest names in the industry including Beyonce, Katy Perry, Rihanna & more.  He has trained and performed with some of the top theaters in the country including Alvin Ailey, Lula Washington Dance Theater and many others.  He could be seen on TV starring as "Dallas" on Glee & appeared as a guest choreographer on Dance Moms and on Abby's Ultimate Dance Competition.

Anthony has performed on stage with some of the biggest names in the industry including Beyonce, Katy Perry, Rihanna & more.  He has trained and performed with some of the top theaters in the country including Alvin Ailey, Lula Washington Dance Theater and many others.  He could be seen on TV starring as "Dallas" on Glee & appeared as a guest choreographer on Dance Moms and on Abby's Ultimate Dance Competition. 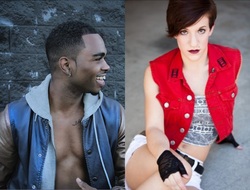 Antoine Troupe
In 2008, Antoine competed on MTV’s Americas Best Dance Crew as a member of Supreme Soul. Since then he has traveled across the country performing, teaching, and sharing his passion for dance. He has toured twice with the boy band Mindless Behavior and was featured in their movie "All Around the World". Recently completed, Antoine co-choreographed the legend Prince's music video "Breakfast Can Wait".
Nicole Kirkland
Nicole booked her first official choreography job with Prince for his latest music video “Breakfast Can Wait”, which she also helped creative direct. Since then, she has been the assistant choreographer for the E-40 Ft. Chris Brown and TI music video “Episode” that will be released in 2014. Since moving to LA in November 2012, she has performed for artists and events such as Missy Elliot, Sharaya J and LA Fashion Week. While continuing her career in LA, Nicole also teaches classes and sets pieces for studios and companies around the world. 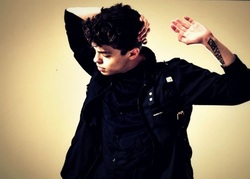 Ian Eastwood can be seen currently as both choreographer and dancer on DanceOn's Dance Showdown and MTV's ABDC7 "Return of the Superstars" Ian has a unique, infectious style that started at the age of 10.Since moving to North Hollywood last year at 18 to continue on his career path, Ian has appeared as a Principal Dancer in the Ubisoft/Black-Eyed Peas Experience television ad,won World of Dance Youth Choreographer of The Year,and choreographed a music video for 5LP.In addition ,Ian has traveled to 17 countries teaching classes,workshops,camps and intensives as well as regular events and workshops with Young Lions,Millennium Dance Center,Coastal Dance Rage, and Movement Lifestyle.Ian also represents his own clothing line through Young Lions. 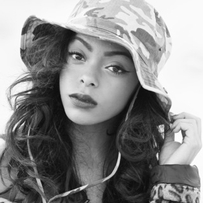 Kaelynn Gobert-Harris, affectionately known as “Kay Kay”, has been dancing since the age of 5 and specializes in most genres of dance which claim no formal training.
Her career kick started when she was hand selected for the WNBA's Los Angeles Sparks dance team. She spent 4 years with the team; growing as an artist and perfecting her personal style. By the time she was 12, Kay Kay had assisted and worked with some of the most sought out professional choreographers in the business today. Since then, she has worked with artists such as Sade, Soulja Boy, Willow Smith, Queen Latifah, Cicely Tyson, Mindless Behavior, Diggy Simmons, Ciara, Jacob Latimore and Britney Spears. Kay Kay has had the honor of performing for millions on X Factor, MTV’s Video Music Awards, VH1 Diva Awards, Rango, Ice Age, Disney, Macy’s, Nickelodeon and GLEE! She became known for her versatile dance styles, clean and sharp execution, and her creative movement. In 2011, Kay Kay received the prestigious “Elite Protégé” award, where she traveled the country assisting choreographers, such as Brian Friedman, Laurieann Gibson, Dave Scott, Wade Robson and Tyce Diorio. Additionally, Kay Kay received the Top Ten Child Prodigy award from the Industry Voice Awards, Young Black Starz Best Dancer award and World of Dance's Youth Choreographer of the Year award.  In 2012, Kay Kay competed along with her crew, 8 FLAVAHZ on MTV’s America’s Best Dance Crew where they astounded audiences week after week with intricate choreography and personal triumphs, landing them in 2nd place.  8 FLAVAHZ go down in history as the youngest female to crew to ever compete on the show!